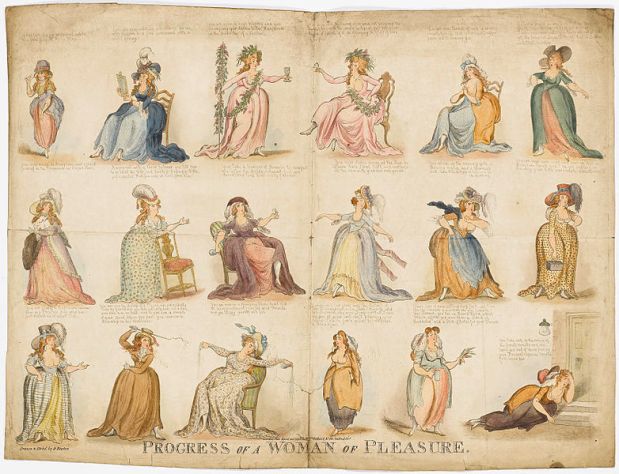 Its members practice the world’s oldest profession. But despite the modern belief that the practice was a choice, more often than not, it was a last resort from which very few escaped. 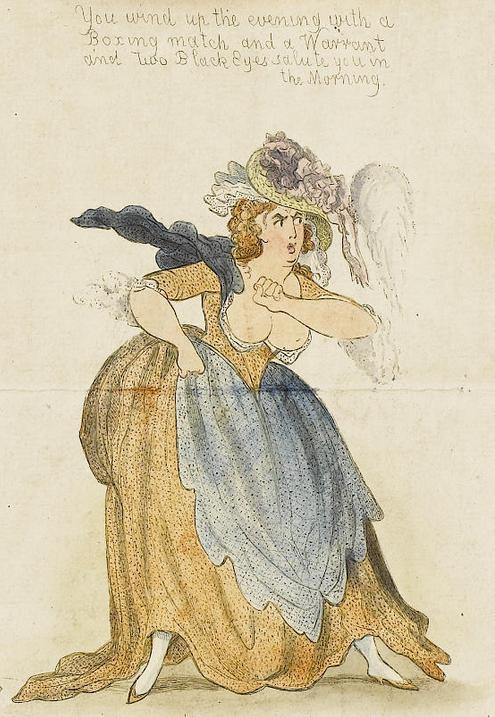 Progress of a Woman of Pleasure by Richard Newton, 1794, Bonhams. The caption reads “You wind up the evening with a boxing match and a Warrant and two Black eyes salute you in the Morning.”

For the purposes of this post, I’m only addressing the first part of the definition. Lewd women – those who engaged in crude and offensive acts of a sexual nature – were viewed with sympathy and even sentimentality. These women were either born to their station through poverty and circumstance, or fell into prostitution from a lack of education or employable skill. The general consensus was that no woman chose harlotry, but arrival in the sex trade was seen as inescapable for some, and the final option for others.

But sympathy and sentimentality did not lend themselves to social programs to rectify the situation, nor disfavor enough to shame those who partook of services. Prostitution wasn’t even illegal until the 1820s. 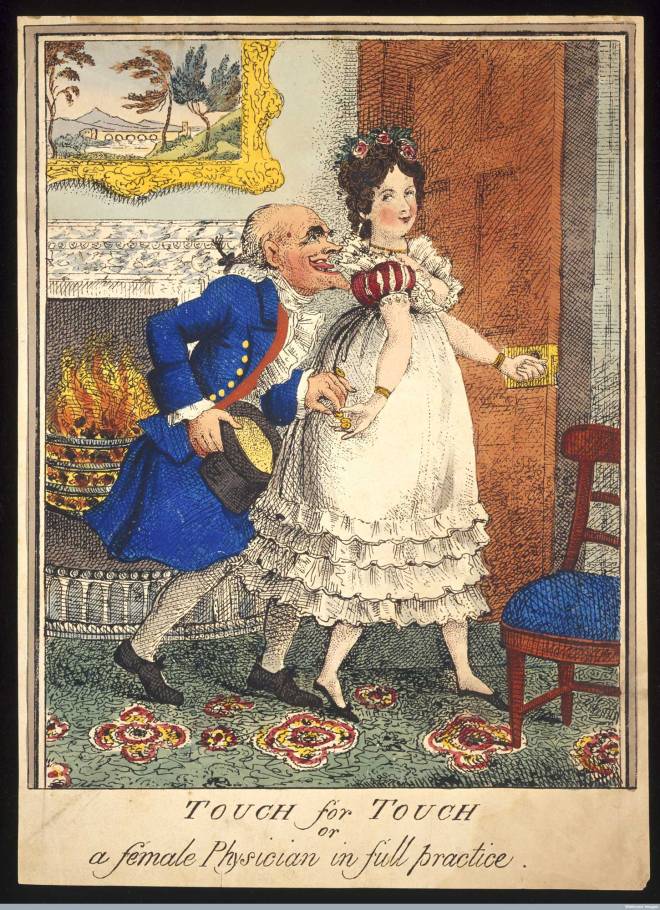 Touch for Touch, or a female Physician in full practice by Thomas Rowlandson, 1811, British Library. And by physician, he means prostitute, as evidenced by the exchange of coins and her dress, cloyingly raised to reveal her ankles. Displayed ankles were widely associated with prostitution in the 18th and 19th centuries.

And lewd women were not to be confused with mistresses, sometimes known as demi-reps (from 1749) and later the demi-monde (from the play of the same title by Alexandre Dumas in 1844), or courtesans. These ladies existed somewhere between the lewd and acceptable, a shadowy middle ground where money was exchanged for sexual congress, but whose services also included escort to social engagements. Mistresses and courtesans were usually put up in homes by their protectors or patrons. Lewd women were creatures of the streets or brothels. Brothels were not much refuge in that protection from a procuress/abbess meant victimization of a different kind: your coin earned a roof and some food, but precious little else.

William Hogarth’s six-print set, A Harlot’s Progress, published in 1732, tells the story of harlot Moll Hackabout, a visual tale of one member of the Family of Love. The series illustrated society’s beliefs that lewd women either rose from the ashes of prostitution through marriage or defensible employment, or died under tragic circumstances. 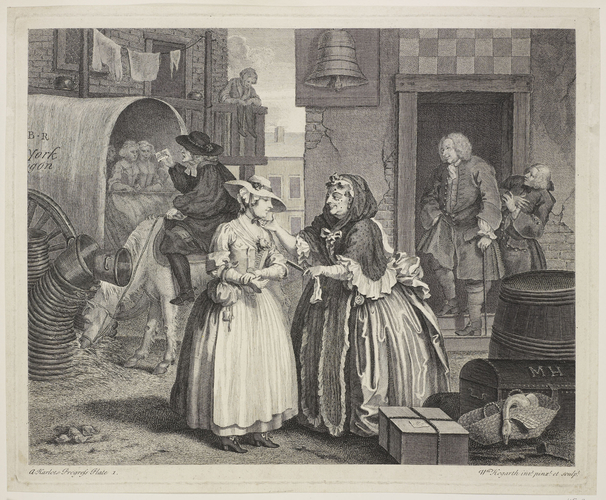 Moll is mistress to a wealthy Jewish Man. She creates a diversion to allow a second lover to escape: 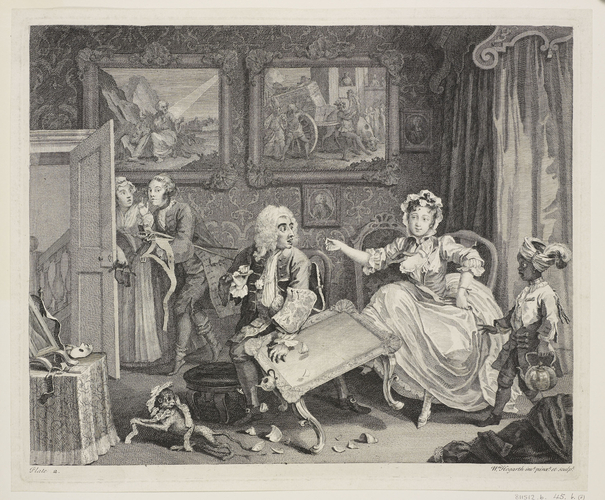 Moll, in a reduced state, takes tea while baliffs enter her lodgings: 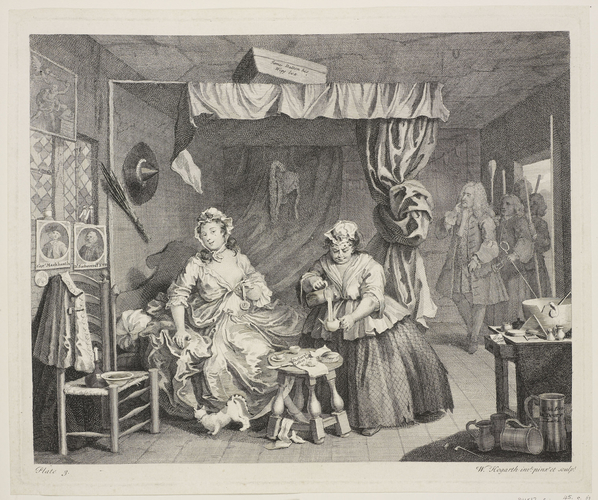 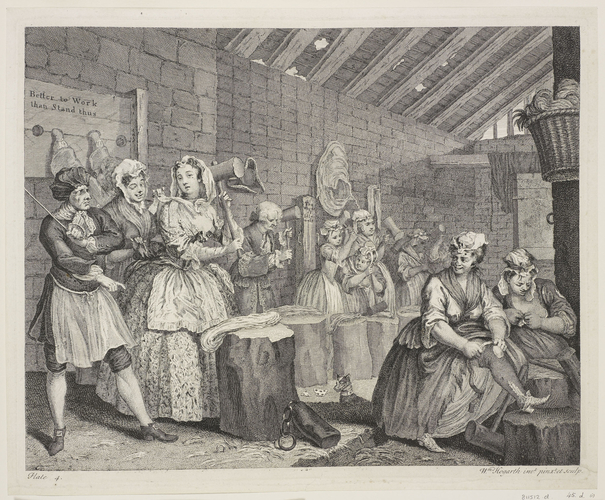 Moll is dying while two doctors argue over her treatment: 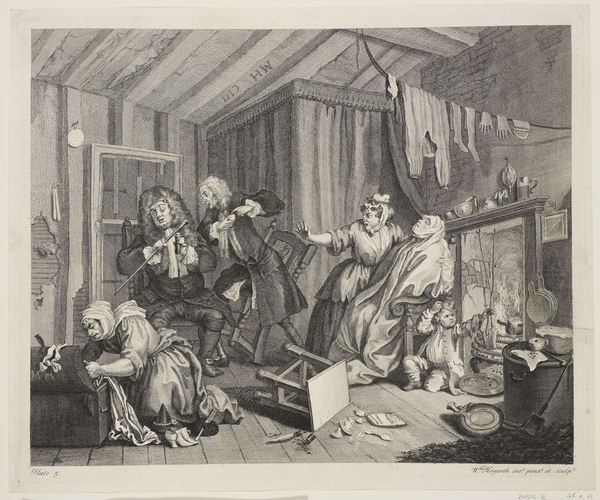 Moll’s coffin is surrounded by a group of insincere mourners: 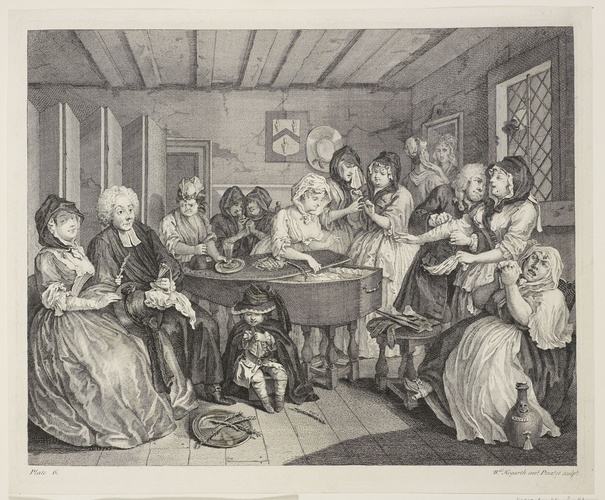 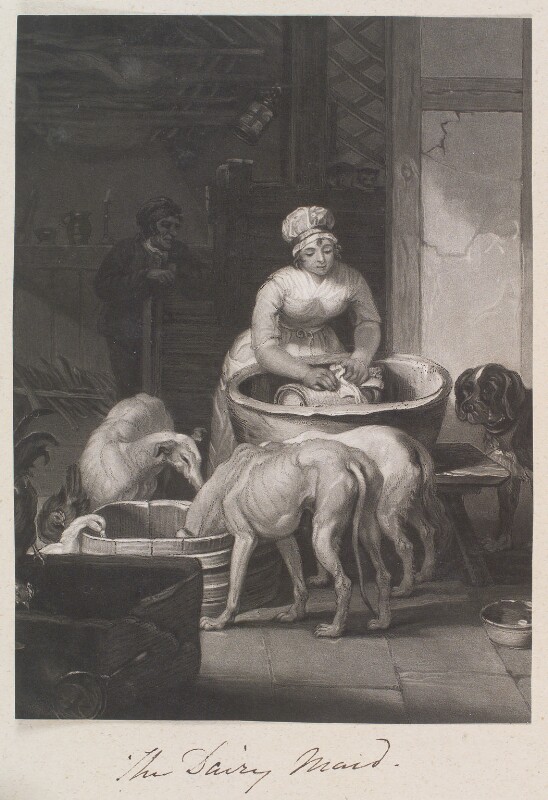 It’s time to talk intense, extremely serious at the time, but shallow like/lust/love. During the Regency, apparently milk maids were involved. 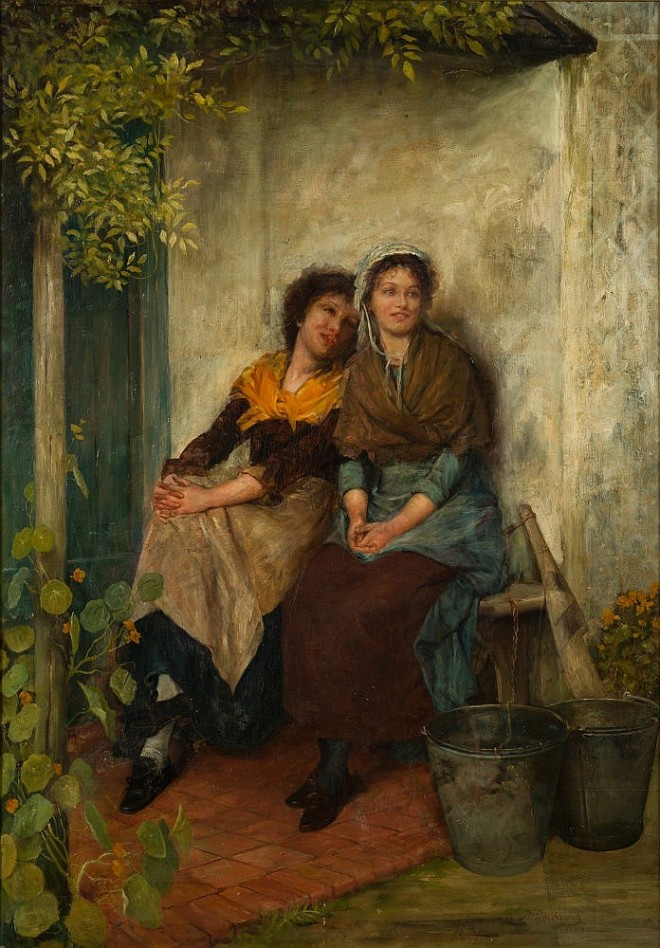 The Milkmaids by Delapoer Downing, in the public domain at Wikigallery

Such as young fellows pretend to dairymaids, to get cream and other good things from them.

No need to even elaborate on ‘other good things’ young fellows were after. 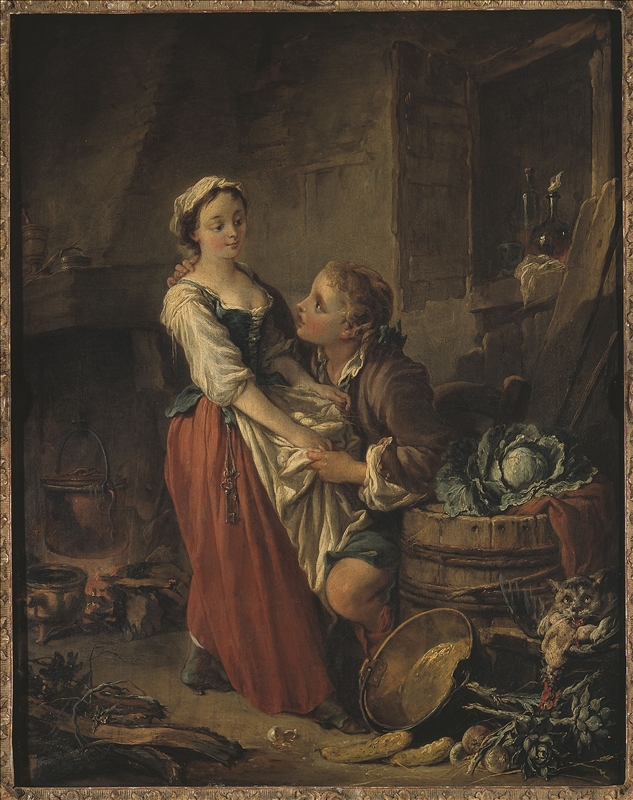 And some not-so-young fellows. 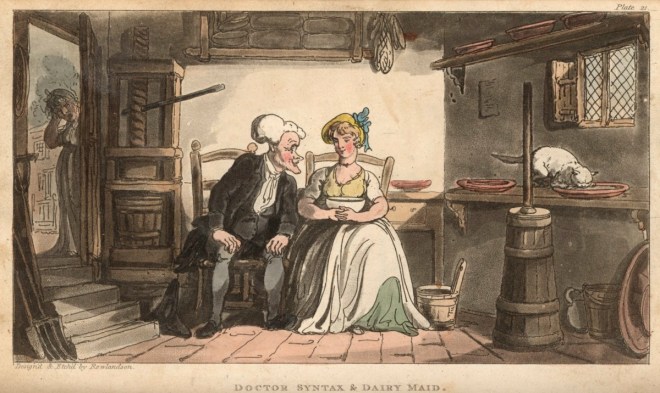 From the British Museum’s description:

Syntax sits beside a pretty dairymaid in a dairy, while a cat laps from a bowl of cream. They are watched from the doorway by a distressed woman, who suspects Syntax’s intentions.