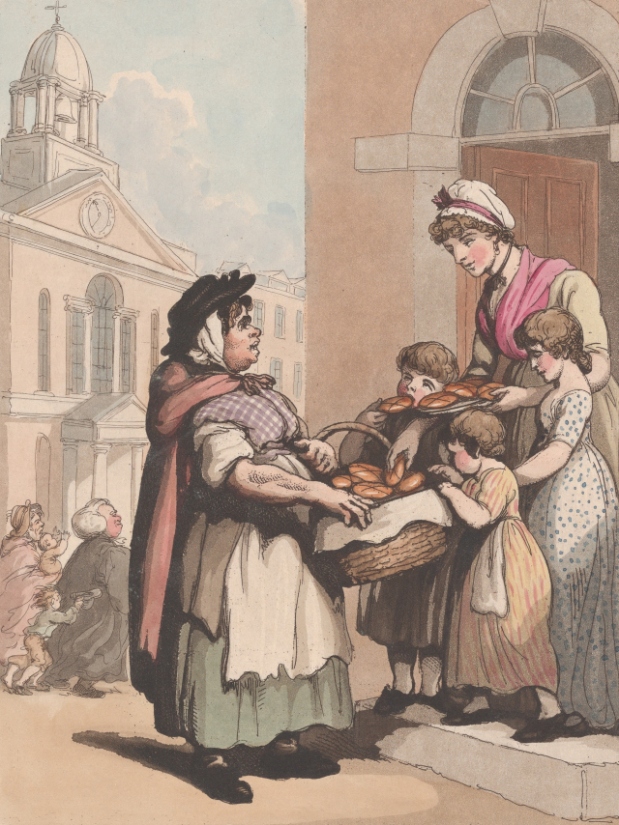 Much ado has been made of pandemic baking. According to yesterday’s CBS Sunday Morning here in the States, worldwide vanilla consumption has risen over 300% because of it. Good thing I decided to try my hand at making my own in February this year, although I did choose bourbon rather than vodka as my base. My vanilla has a definite body blow to it. My taste-testers have not been complaining, however.

Toasted bread soked [sic] in ale, sweetened with sugar, and grated nutmeg: it is eaten with cheese.

Mix two pounds of flour with two eggs, two ounces of butter melted in a pint of milk and four or five spoonfuls of yeast; beat it thoroughly, and set it to rise two or three hours. Bake on a hot hearth, in flat cakes. When done on one side turn them.

Take a lb of fine flour well dried. Then take a lb of butter and work it very well with your hands till it is soft. Then work into it half a pound of sugar. Then take 12 eggs putting away half the whites, then work them also into your butter and sugar. Then strew your flour into your butter, sugar and eggs, by little and little, till all be in, then strew in 2 oz of caraway seeds. Butter your pan and bake it in a quiet oven, – an hour and a half will bake it.

To make Hot Cross Buns put two pounds and a half of fine flour into a wooden bowl, and set it before the fire to warm; then add half a pound of sifted sugar, some coriander seed, cinnamon and mace powdered fine; melt half a pound of butter in half a pint of milk; when it is as warm as it can bear the finger, mix with it three table spoonsful of very thick yeast, and a little salt; put it to the flour, mix it to a paste, and make the buns as directed in the above receipt … [for common buns … make it into buns, put them on a tin, set them before the fire for a quarter of an hour, cover over with flannel, then brush them with very warm milk, and bake them of a nice brown in a moderate oven] put a cross on the top, not very deep. 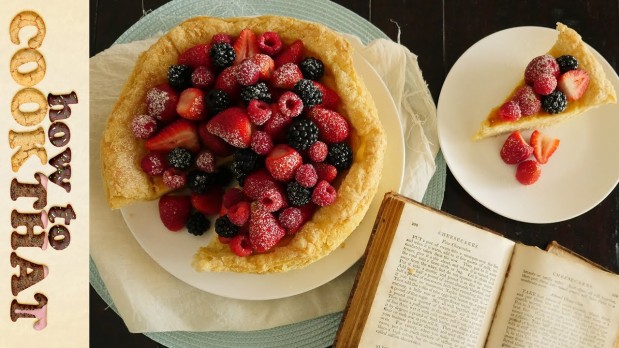 If you’re anything like me, you’re about to run out of ideas for things to cook and bake during this “corn-teen.”

I happen to be someone who loves to do both, but three meals a day for the past six weeks has about cured me of this. We’ve not been ordering to-go meals, either, out of an abundance of caution and a belief that since this is a “novel” virus, and we’re still learning everything from its origin to its spread to its prevention and/or cure, we’d just hunker down and keep away from everything possible.

Last week I mentioned my family decided to switch from Netflix to the Disney+/Hulu/ESPN package about a month before all sports ended; our timing is always impeccable. It didn’t take us long to burn through all we hadn’t seen or owned already on Disney+, and Hulu was…disappointing. Hence my deep dive into YouTube. This week once again yields a bounty for both my viewing and cooking woes.

If your area is like mine, food shortages wax and wane, and whatever the crazed masses are hoarding changes inexplicably from week to week. Eggs and butter seem to be extremely popular here, so much so that our local city and county news Facebook pages post alerts when stores actually have some on their shelves. Evidently memes about the quarantine will be true for our area: people will be emerging from their lairs with unkempt hair and serious spare tires.

Despite this, I’m going to share the variety of recipes I’ve stumbled upon from Ann Reardon, the witty food scientist and dietitian from Australia and creator of How to Cook That, who uses her husband (and occasionally other family members) as taste testers for her food experiments. She has videos on everything from creating gorgeous desserts to debunking food hacks touted by popular but suspect YouTube channels. The videos I’m sharing appeal to me twice-over: they’re recipes, and they’re over 200 years old.

200-year-old fruit pie | How To Cook That Ann Reardon

200 year old CANDY recipes | How To Cook That Ann Reardon