It is speculated that William Hogarth named Moll Hackabout in A Harlot’s Progress after Daniel Dafoe’s Moll Flanders, notorious prostitute Kate Hackabout, or the Virgin Mary; each one of these presents intriguing possibilities.

Moll Flanders was published anonymously as an autobiography in 1722, and told the story of the life of Moll from birth to old age. The book was not attributed to Defoe until after his death in 1731, because he had met a criminal named Moll King during multiple visits to Newgate Prison. The birth to old age angle dovetails nicely with Hogarth’s Moll Hackabout.

Prostitute Kate Hackabout (who was also the sister of highwayman Francis Hackabout) could possibly be the inspiration for Hogarth’s Moll as she was convicted of keeping a “disorderly house” (i.e., brothel) after having been arrested by one Westminster Magistrate by the name of Sir John Gonson. Gonson’s efforts and exploits to clean up brothels and street prostitution kept his name in the papers, and eventually in the fourth and fifth plates of A Harlot’s Progress.

I understand the Virgin Mary parallel in so far as Moll’s arrival in London as a country innocent, but for the life of me I can’t fathom a further comparison. This one fizzles for me.

Anyway, this week brings about Plate 2: Moll as a Mistress. We are witnesses to the pinnacle of Moll’s career, as it were. 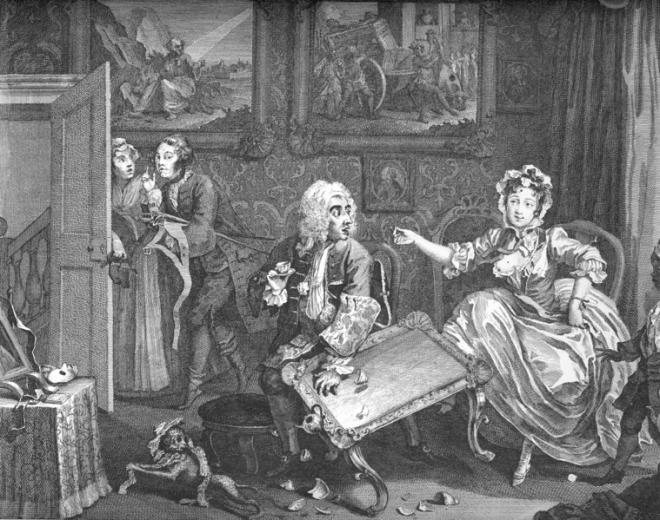 Moll is now the mistress of a wealthy Jewish merchant, as is confirmed by the Old Testament paintings in the background which have been considered to be prophetic of how the merchant will treat Moll in between this plate and the third plate. She has numerous affectations of dress and accompaniment, as she keeps a West Indian serving boy and a monkey. The boy and the young female servant, as well as the monkey, may be provided by the businessman. The presence of the servant, the monkey and the mahogany table of tea things all suggest a colonial source for the merchant’s wealth. She has jars of cosmetics, a mask from masquerades, and her apartment is decorated with paintings illustrating her sexually promiscuous and morally precarious state. She pushes over a table to distract the merchant’s attention as a second lover tiptoes out.

One single word that strikes fear into the heart of people of all ages. But not all clowns are created equal. Way back in the early 16th Century, the Italians devised the Commedia dell’arte, which literally translates to “Comedy of Art” but in practice means “Comedy of the Professional.” These artistes were masters of the unwritten and improvised, the “Commedia” of their title referring not to the subject matter but instead to the way in which they performed. No dialogue was written down and memorized, although performance matter was discussed and choreographed in terms of characters, plot, and pace. Actors organized in groups of ten, called a company, with each performer specializing in a specific character or type of acting: the swashbuckling pirate, simpleton love-stricken swain, or the now-dreaded clown.

Troupes soon spread across Europe, and the style worked its way to England via France in the late 17th Century, likely with the return of Charles II, the Merrie Monarch. According to information posted at the Victoria & Albert Museum, stock characters like Harlequin, Columbine, Pantaloon and Clown developed into the English Harlequinade, while Pulcinella, developed into Mr Punch.

And added bonus to my research this week was the discovery of why Harley Quinn carries a bat as her weapon of choice: historical harlequins armed themselves with a “magic sword” called a “slapstick.” The more you know.

Trigger warning: the following images contain clowns. I’ll save the absolute creepiest for last (although Cruikshank’s subject is holding what looks like a knife, and he’s second in my exhibition). 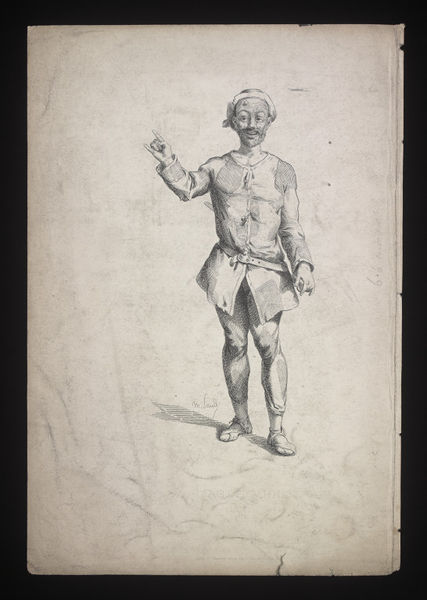 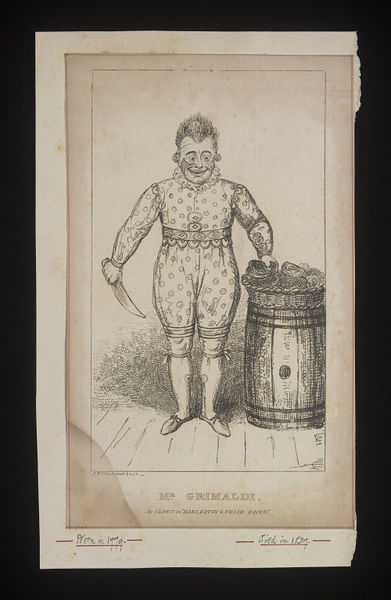 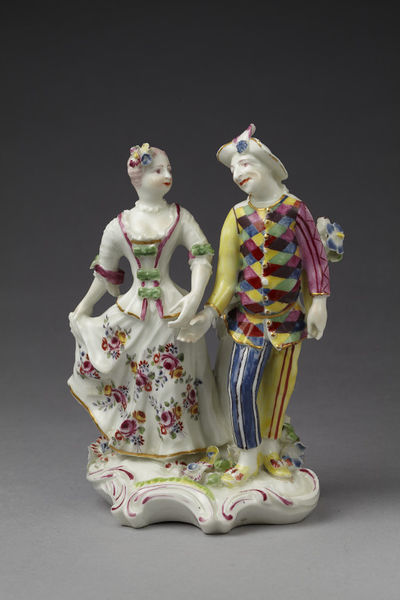 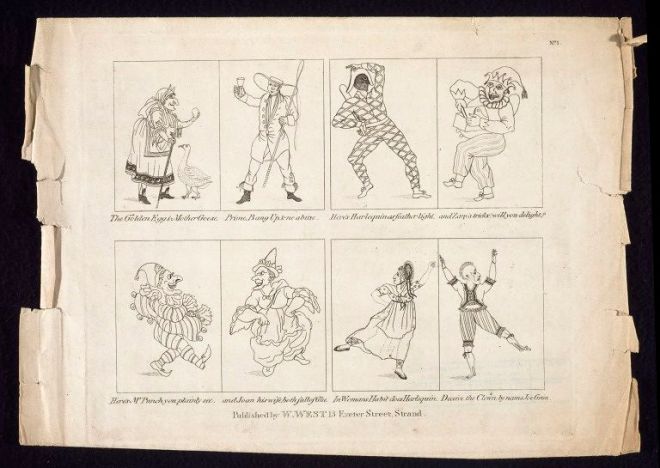 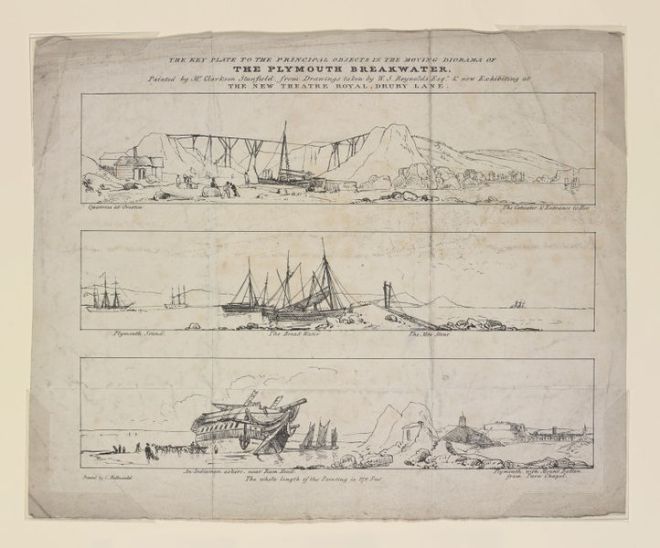 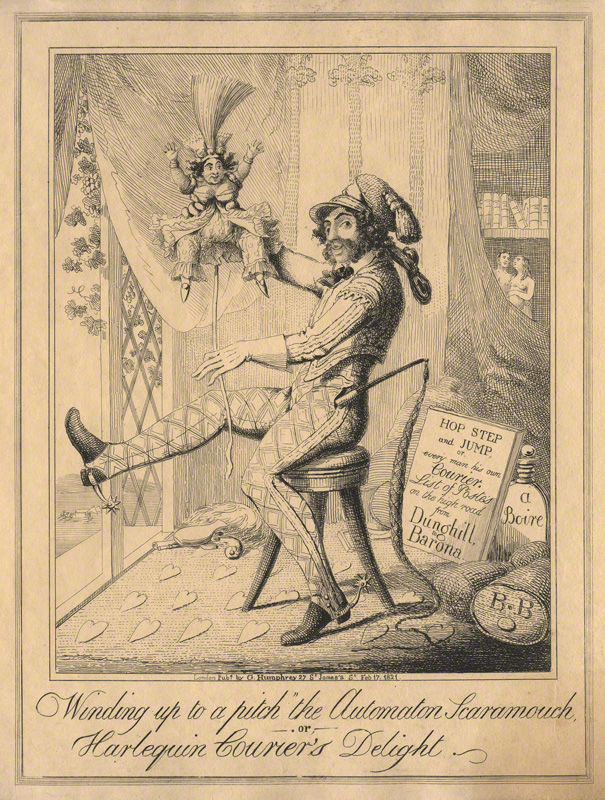 And the pièce de ré·sis·tance:

Arlequin (Pantin) from Imagerie Pellerin. This one is so disturbing I couldn’t even find an artist or museum collection to claim it.