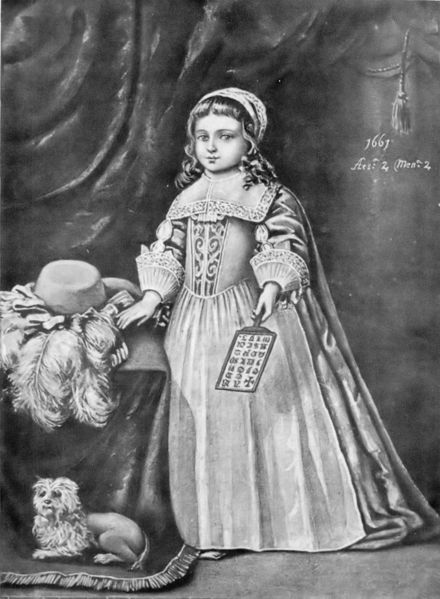 I took an unannounced but much-needed two-week sabbatical, and return refreshed, just in time for winter to suddenly hit East Texas. Time for a craft project. And to bake.

The alphabet in a horn-book: called Christ-cross Row, from having, as an Irishman observed, Christ’s cross PREFIXED before and AFTER the twenty-four letters.

A horn-book was a primer and originated in England at least as far back as 1450. It was most often applied to books of the alphabet or religious material, but could be anything introductory in nature. The name derived from the thin, transparent sheet of animal horn attached to a handled-frame, on which the material was printed.

Last month I read a post from Spitalfields Life that sent me down the rabbit hole of horn-books by first setting me off in a seemingly completely different direction: George Cruikshank’s A Comic Alphabet.

His was not a horn-book and was not intended for children, but was purely for satire. Published in 1836, A Comic Alphabet could be used for educational purposes: the letters were not always easy to discover, so some study and application of reasoning methods would need to be applied. There is no doubt that most words and concepts are beyond the ken of most children for whom alphabet books are aimed; again, this is not a children’s book. Finding the ‘L’ below would not be an easy or even intuitive task.

A Comic Alphabet was also a statement on class distinctions. Veiled in the caricatures are the differences between the poor, middle, and wealthy strata of early Victorian England, coupled Cruikshank’s deft hand of critique. There is no escaping the ultimate irony of using a stereotypical children’s book to poke fun at social, economic, and political aspects of the day.

Please visit The Gentle Author at Spitalfields Life to see the entirety of A Comic Alphabet with glorious detail (and consider subscribing to her newsletter; you won’t be sorry). Returning to an old favorite for inspiration this week – my dear James Gillray. There’s an American children’s song that promises, “first comes love, then comes marriage, then comes a baby in the baby carriage.”

This portrait by Gillray turns that taunt into more of a threat.

The squalling and crying of children. 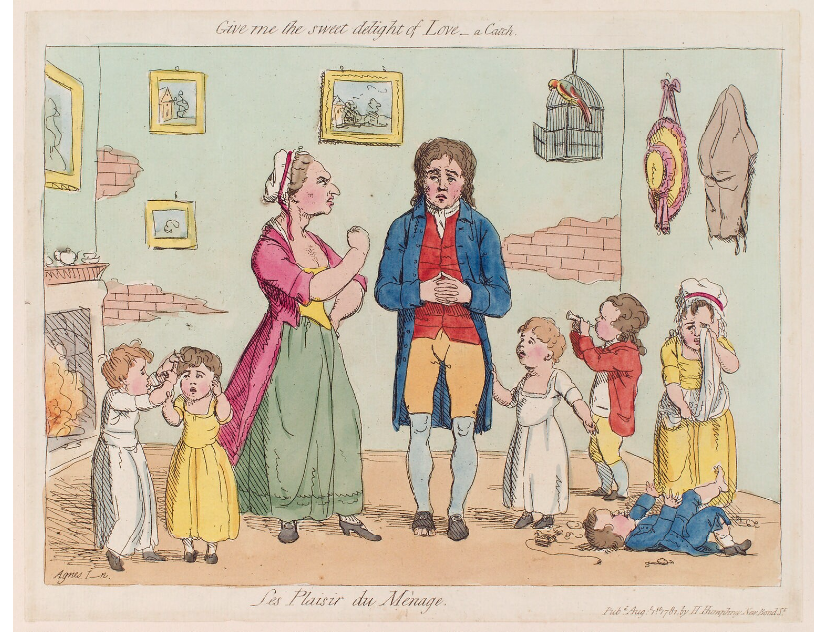 Notice the inscription at the top: Give me the sweet delight of Love…a Catch. And that the wife is ready to throw hands in a distinctly non-amorous way.